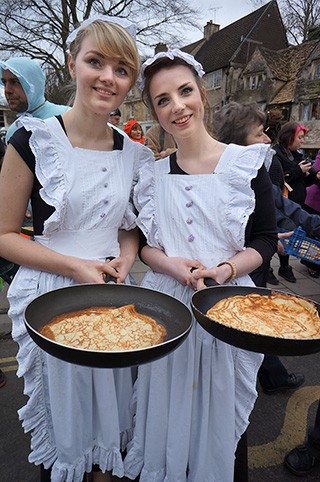 Olney may be world famous for the original Pancake Day Race but Bradford-on-Avon is the only honorary city to have one! – Great fun had by all at the Pancake Race across the town bridge on Tuesday 21st February 2012…