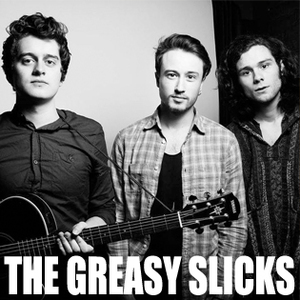 The Greasy Slicks formed in 2012 through a mutual appreciation of traditional and contemporary blues rock, and strive to create the songs that don’t sound like anyone else; the results reflect just how unique they are as musicians and songwriters

The Slicks take influence from bands such as The Temperance Movement, Led Zeppelin, The Hoax and many others, while clearly absorbing elements of rock & roll and blues as a means to establish their own style; which they have with some aplomb. Their passionate live shows have been described as the soundtrack for “a bourbon-soaked bar brawl” and are where they strive to ensure audiences are captivated by their energy, commitment and musicianship.