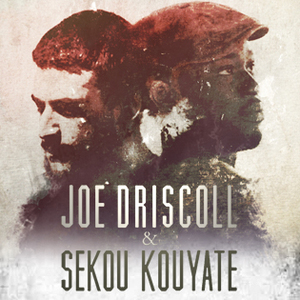 In the port city of Marseilles, home to many a nomadic soul, Joe Driscoll first met Sekou Kouyate.

Sekou Kouyate, originally from Conakry, Guinea, is known as the ‘Jimi Hendrix of the kora’, because of his unique style of playing with various effects, in a variety of genres, and with an extreme intensity. Joe Driscoll, the man Cee-Lo Green labeled ‘the gangsta with an iron lung’ has been touring steadily for years, spreading his unique fusion of folk and hip-hop. Their resulting collaboration, including the album (Faya, released in 2012), is a mad fusion of afrobeat, hip-hop,folk, and reggae, that defies any simple tags or description.