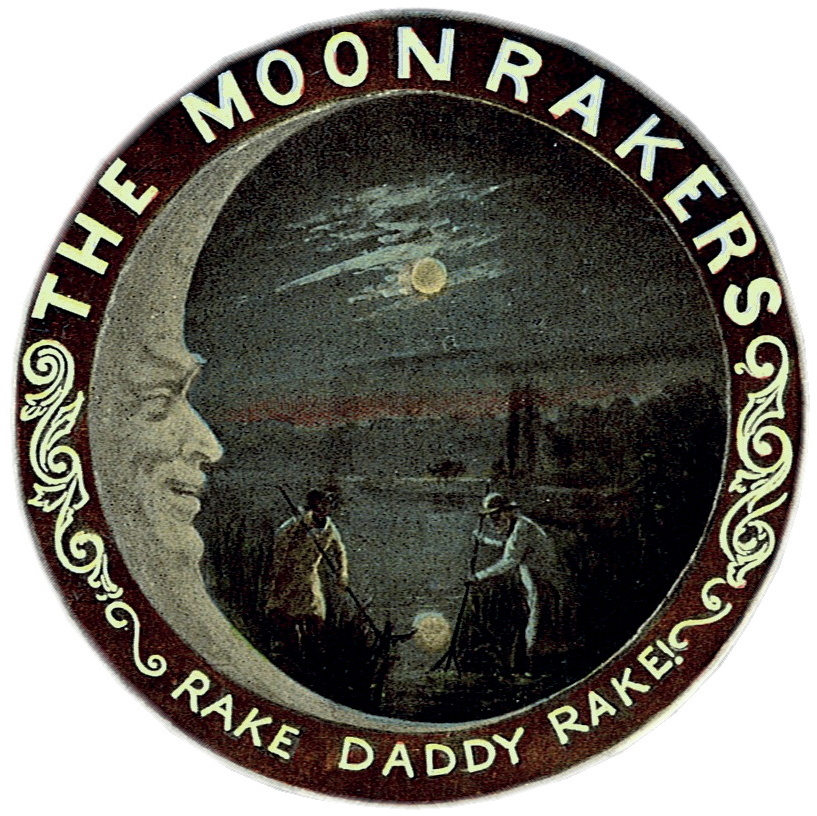 Wiltshire smugglers were carrying illicit brandy when they were surprised by Excisemen. In a thrice, they dumped the brandy into a pond and commenced to rake at the water with their long handled implements. When the Excisemen asked what they were about, they replied that they were “raking up the cheese,” pointing at the moon’s reflection in the water. Considering them fools, the Excisemen moved on, leaving the Moonrakers to retrieve their ‘loot’ and proceed on their way.