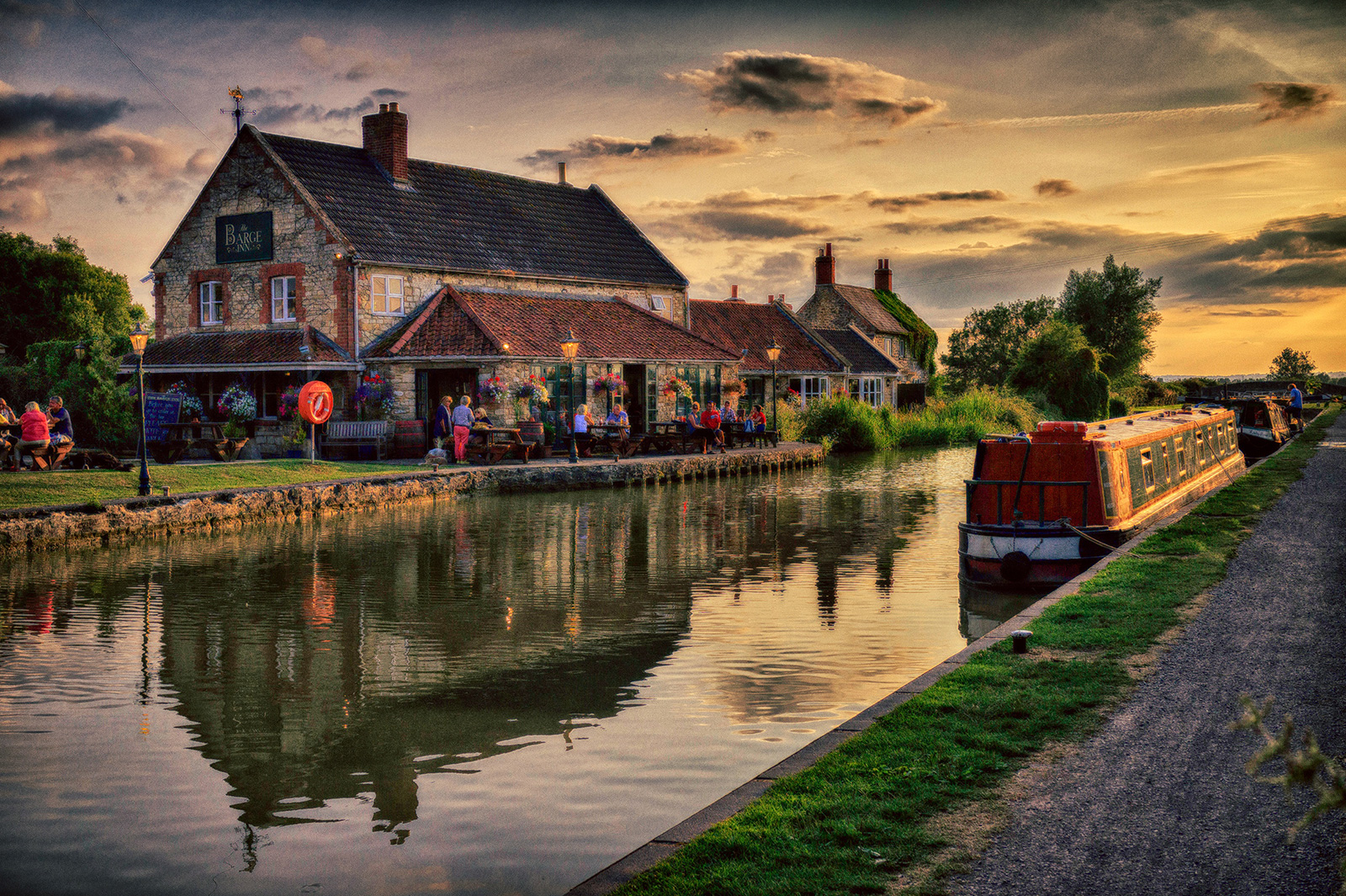 The Poplars has been a Pub since the early 1950s. Prior to that it was an off licence and village shop. The Pub building is about 250 years old and was originally a farmhouse.

The Populars, Wingfield The Pub is full of old English charm and boasts a wonderful menu; this attracts people from far afield as well as serving a very enthusiastic local trade. Unlike some Pubs, the two trades seem to co-exist quite happily, a fact probably much due to the Landlord and Landlady, Mick and Sue Marshall.

What distinguishes ‘the Pops’ from so many similar Pubs is that it has its own cricket ground. The Pub is always busy but especially so during the cricket season when supporters and players gather in the bar and lounge to celebrate their victories and mourn their losses! However, the choice of real ale from Wiltshire brewers Wadworths plus other beers and lagers from around Europe, soon help to ease the pain of defeat.

The Poplars is situated in the village of Wingfield, several miles west of Trowbridge just to the south of the A366 on the B3109. Other attractions in the near vicinity are a number of beautiful country walks; Farleigh Castle (just over the county border in Somerset) and a golf driving range. The historic town of Bradford-on-Avon lies some three miles to the north.

The Swan is situated in the peaceful village of Wilton and is a fine example of a traditional English country Pub.

The exterior of the building is very attractive and there is ample car parking provided. There is a very spacious bar inside, part of which is used as a restaurant. The interior walls of the Pub are decorated with horse brasses and old black and white photographs, adding to the character of the place.

A good varied menu, fine real ales and a relaxed atmosphere make The Swan a welcome break for the weary traveller in search of refreshment.

The village of Wilton is situated approximately 7 miles from Hungerford, off of the A338 Andover Road.

Lacock, being one of the most beautiful villages in Wiltshire, is a popular tourist attraction and is the ideal setting for this medieval Pub

Dating back to the 14th century, The George is one of the oldest buildings in Lacock and has always been a Public House. It has a lovely old interior and is packed with features, including a fine medieval fireplace and beamed ceilings.

The George provides an excellent range of food including ploughmans lunches, steaks and a superb Sunday roast. A good selection of beers are also provided. Children are catered for and there is a family area at the rear of the Inn.

Lacock is situated just off the A350 Melksham to Chippenham road and is clearly signposted. The George lies at the centre of the village.

The White Hart is set in the wonderfully tranquil village of Castle Combe – once voted the most prettiest village in the country. The village was used as the setting for the film ‘Dr Doolitle’ in the the mid 1960s and is an extremely popular spot for tourists.

The Pub has many charming interior features and a beer garden and courtyard at the rear of the building.

The menu is extensive and there is an excellent selection of real ales to choose from.

Parking can be rather difficult, as there is no car park provided. The nearest car park is about half a mile from the Pub – although on a fine day, the walk is charming.

To reach Castle Combe, take the A420 road from Chippenham. Join the B4039, after reaching the Castle Combe racing circuit take a left turn and follow the road to the village centre.